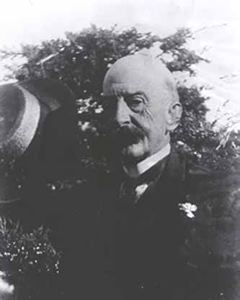 American, (1836–1910)
Winslow Homer (1836-1910) is one of America's most celebrated artists whose work in both watercolor and oil appeals to the populace and connoisseur at once for their powerful images of everyday American life and landscape. Homer's work transcends the banality and sentimentality of a less talented artist due to his ability to capture the universal spirit of a subject and through his continued willingness to experiment and master his media. Known also as a graphic artist, Homer's first magazine illustration appeared in 1857 in the Boston publication, Ballou's Pictorial Drawing Room Companion. Later his work appeared frequently in Harper's Weekly gaining him great familiarity and popularity with the public. After painting scenes of army life during the Civil War, he spent much of his time depicting country life, youth, and fashionable young ladies enjoying the outdoors along with peasant families and the fisherman of Maine. Late in his career, from 1887 through 1889, Homer discovered etching as a new medium. As with oil and watercolor, he was self-taught and creatively experimental. Increasingly fascinated with the ocean and discouraged with society, Homer's last paintings showed just the sea and shore without the presence of people. These powerful paintings were crafted in a wooden studio set right at the water's edge where the artist could confront his subject in all weather and seasonal conditions.
Sunset Fires is one of the most frequently requested paintings in the museum's collection for loan to other museums for exhibition and as such it has traveled extensively. A brilliant watercolorist, who was ahead of his time in this technique, Homer captures in just a few strokes and a few colors, a sailboat caught in the fiery sunset off the coast of Gloucester. The loose, impressionist handling of the watercolor exhibits the painter's mastery of his medium and expresses the artistic vision that sets him apart from other artists.

Your current search criteria is: Artist is "Winslow Homer".